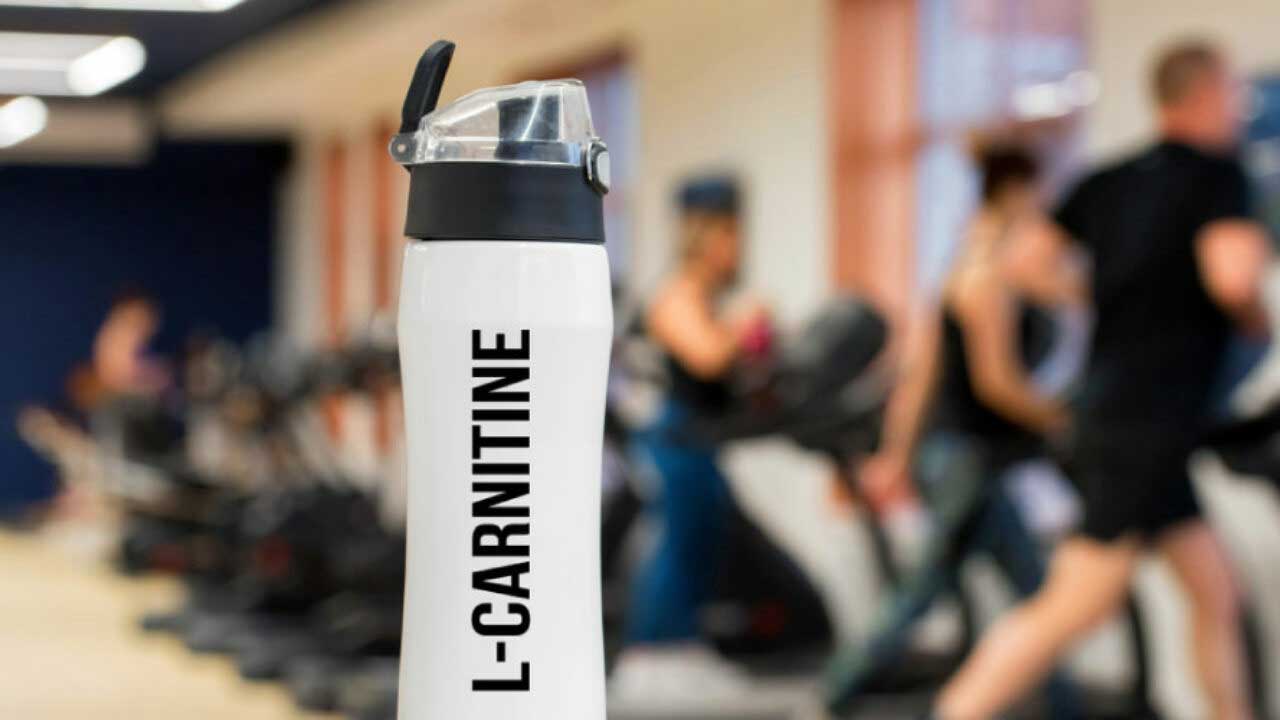 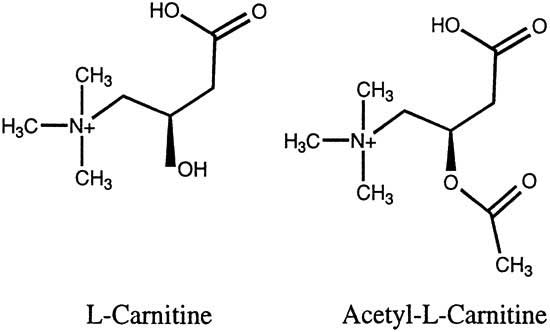 Carnitine plays a critical role in energy production. It transports long-chain fatty acids into the mitochondria to oxidize (“burned”) to produce energy. It also transports the toxic compounds generated out of this cellular organelle to prevent their accumulation.

Carnitine plays a critical role in energy production. It transports long-chain fatty acids into the mitochondria to oxidize (“burned”) to produce energy. It also transports the toxic compounds generated out of this cellular organelle to prevent their accumulation. Carnitine is concentrated in tissues like skeletal and cardiac muscles that utilize fatty acids as a dietary fuel.

The body makes sufficient Carnitine to meet the needs of most people. For genetic or medical reasons, some individuals (such as preterm infants) cannot make enough, so Carnitine is a conditionally essential nutrient for them.

Role of Carnitine to the Body

Carnitine plays a critical role in energy production. It transports long-chain fatty acids into the mitochondria to oxidize (“burned”) to produce energy. It also transports the toxic compounds generated out of this cellular organelle to prevent their accumulation.

L-Carnitine helps the body produce energy. It is vital for heart and brain function, muscle movement, and many other body processes.

Carnitine deficiency is a condition where the nutrient can’t reach your body’s cells. It can cause muscle weakness. It may also cause heart and liver problems. With the primary condition, not enough Carnitine can get into cells because of a genetic problem.

Secondary Carnitine deficiencies may occur due to certain disorders (such as chronic renal failure) or under particular conditions (e.g., using certain antibiotics) that reduce Carnitine absorption or increase its excretion.

A variety of health conditions can cause secondary conditions. These decrease the amount of Carnitine in the body. They may do this by increasing the amount sent out in the urine. Or, they may cause the body to absorb less from food. The health problems that can cause this include:

Who is at risk for Carnitine deficiency?

The primary condition is the passing from parents to children. A child needs to get an abnormal copy of the gene from both parents.

You may risk the secondary condition if you have liver or kidney disease or certain other health conditions.

Symptoms can happen a bit differently in each person. You may have no symptoms, or your symptoms may be mild to severe. Some symptoms may appear with skipping meals, a lot of exercise, or illness. 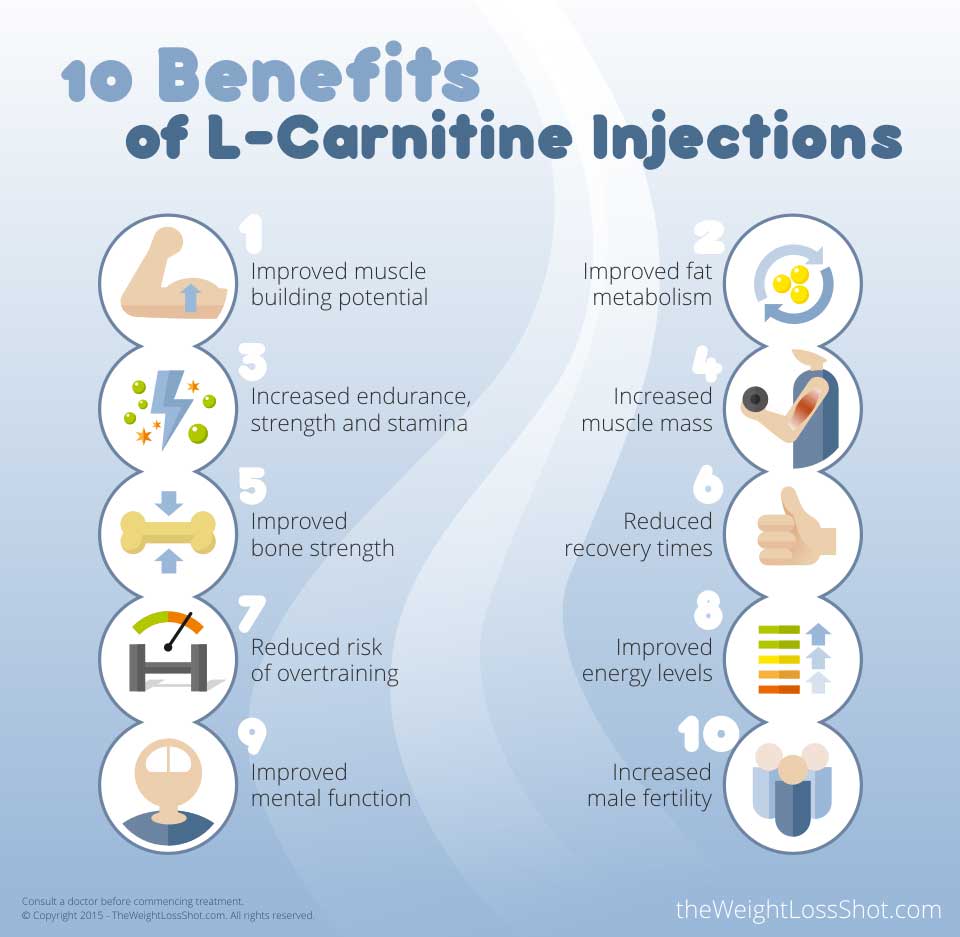 Carnitine naturally occurs in animal-sourced food items like Eggs, Fish, and Red meat. For this reason, most vegetarians and vegans are at risk of lacking this vital nutrient in their daily intake.

The recommended L-carnitine Tartrate dosage is 500–2,000mg/daily. Based on the latest research available, a dose of up to 2g/day is safe for long-term consumption without the risk of any side effects. [1]

For L-carnitine deficiency: 990 mg two to three times daily in tablets or as an oral solution.

For chest pain (angina): Doses of 900 mg to 2 grams of L-carnitine have been taken in one to two divided doses daily for two weeks to 6 months.

For heart failure and fluid build-up in the body (congestive heart failure or CHF): 1.5 to 3.0 grams of L-carnitine has been taken in one to two divided doses daily for up to about 34 months. A specific product (Carni Q-Gel, Tishcon Corporation) containing 2250 mg of Carnitine and 270 mg of coenzyme Q10 has been taken daily for 12 weeks.

For overactive thyroid (hyperthyroidism): 2-4 grams of L-carnitine has been taken daily for 2-4 months.

For conditions in a man that prevent him from getting a woman pregnant within a year of trying to conceive (male infertility): 2-3 grams of L-carnitine has been taken in up to three divided doses daily, with or without vitamin E, for 2 to 24 weeks. Also, 2 grams of L-carnitine plus 1 gram of acetyl-L-carnitine has been taken daily, with or without a 300 mg cinnoxicam suppository every four days, for 3-6 months. A specific product (Proxeed Plus, Alfasigma USA) containing L-carnitine 1 gram and acetyl-L-carnitine 0.5 gram, with citric acid, zinc, coenzyme Q10, selenium, vitamin C, folic acid, and vitamin B12, twice daily for six months.

For swelling (inflammation) of the heart (myocarditis): 100 mg/kg of D, L-carnitine has been taken daily for four days.

For toxic side effects caused by the drug valproic acid: 50 to 100 mg/kg has been taken in three or four divided doses daily up to a maximum of 3 grams.

An infusion of 3 grams of L-carnitine in 500 mL of 5% dextrose has been given once daily for 14 days. 40mg/kg of D-L-carnitine has also been provided by IV 30 minutes before exercise.

5 grams of L-carnitine has been given by IV daily for seven days in addition to conventional treatment.

Doses of 10 to 20 mg/kg of L-carnitine given as a slow injection are FDA-approved for L-carnitine deficiency in people with severe kidney disease. For treating disorders related to low levels of Carnitine in hemodialysis patients, 1.8 grams of L-carnitine weekly to 3 grams daily or 30-120 mg/kg/week have been given by IV for two weeks to 12 months. Doses were usually given three times weekly after dialysis sessions. Also, 1 gram of L-carnitine has been provided by IV three times weekly after each dialysis session together with 100 mg of coenzyme Q10 taken by mouth daily for three months.

For toxic side effects caused by the drug valproic acid

Fluid Revival Services The Entire Austin Metropolitan area with Mobile IV Therapy Infusions.
Our service area include but are NOT limited to: